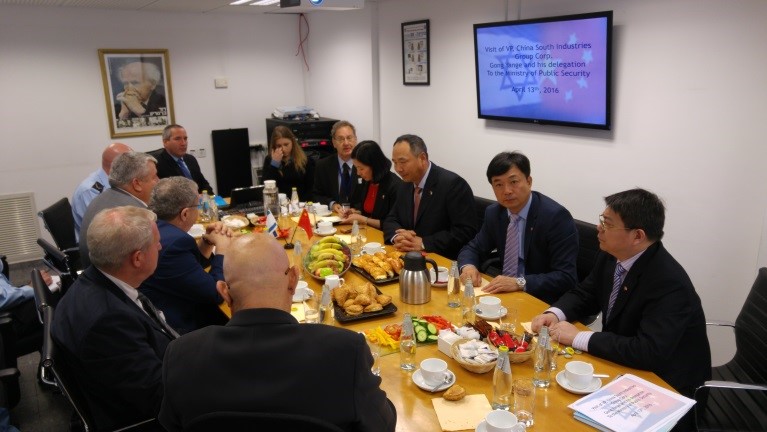 During China South Industries Group senior delegation to Israel in April 2016, hosted by Compass Ventures, the delegation held a high-level meeting in Jerusalem with the Director General of the Israeli Ministry of Public Security, Mr. Rotem Peleg.

Senior VP of China South, Mr. Gong, provided an overview of China South's areas of activity and many subsidiaries, and China South's position as a leader in China in the growing homeland security market, and its interest in expansion of activities and technological advancement and solutions.

During the meeting Mr. Peleg presented to China South Industries Group senior delegation, the Safe and Smart Cities Project in Israel and explained about the gap in homeland security.

Mr. Gong thanked Mr. Peleg for the reception and goodwill, and expressed China South's appreciation of Israel's capabilities, and the interest in learning more from Israel's experience in combating terror via advanced technologies and solutions.